We have been award Tripadvisor’s Traveller’s Choice 2020.

Each year Tripadvisor comb through reviews, rating, and saves from Travellers everywhere, and use that info to award the very best. 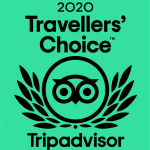 We’re in the top 10% of accommodation worldwide!

We have once again been blown away by winning GOLD, this time for South West Holiday Park of the Year 2018.

After a record year in which the region’s tourism awards schemes attracted 647 entries, the 2018awards have been of such a high standard.

The Awards covered the whole South West, including Wiltshire, Gloucestershire, Cornwall, Dorset, Devon, Bristol, Bath and Somerset. They were all independent, and winners from the county awards were fast-tracked into the South West awards, with most South West winners submitted to the national Visit England awards.

We’re celebrating after winning gold in the ‘Holiday Park of the Year’ category in the Visit Devon Tourism Awards. The awards, which are now in their eighth year, celebrate the best of Devon 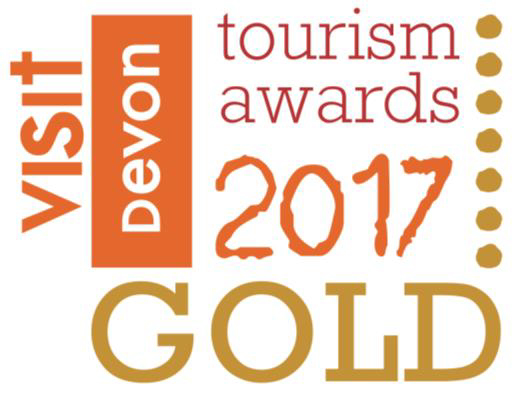 And the announcement comes at the end of a very busy period for Oakdown, which has this year seen the introduction of shepherd’s huts, a brand-new reception area and a redesigned coffee shop and restaurant.

Alastair Franks, whose family created Oakdown in the 1970s, said: ‘To win gold in these awards is an incredible result for us, and we’re thrilled to be a winner against some seriously tough competition.’

The Visit Devon Tourism Awards was celebrated with a ceremony, hosted by travel writer Simon Calder and arctic explorer Ann Daniels, at the Plymouth Guildhall on 23 November.

Judges carried out a series of mystery visits to the finalists, of which there are 75 in total, whittled down from an initial 205 entries. The team behind the awards say: ‘Judges were as always looking for evidence not just of ‘good’ but of ‘excellent’, hence to be a winner is a very significant achievement indeed.’

Oakdown Holiday Park, which is located just outside Sidmouth, has been welcoming holidaymakers for more than 40 years. Starting with just a single caravan it has been developed by the Franks family, offering camping, glamping, caravan pitches and holiday homes for sale, all set in lush Devon countryside.

Here’s what the AA said about Oakdown Holiday Park…

For over 40 years, this popular, well-established park has been lovingly developed and continuously upgraded by the Franks family and is now one of Britain’s top holiday parks. The touring area is divided up into ‘groves’ or ‘drives’, each separated by a lovely array of trees or shrubs, which afford plenty of privacy to many of the pitches. Careful consideration of privacy and pitch density is one of the park’s strengths and sets it apart from most other Parks. The main toilet and shower block, built inside of an old wartime radar building, can only be described as ‘stunning’, housing very modern and spotlessly clean facilities, including excellent family rooms and bathrooms.

In addition to the touring area, there is a beautifully landscaped and imaginatively laid out holiday home area which offers top quality caravans and lodges for purchase or hire. The park also has a well-stocked shop and a really good café, which also doubles as a reception for the popular 9-hole par 3 golf course. Oakdown, situated on the Jurassic Coast just a few miles from Sidmouth, is the perfect holiday base, with spacious pitches, very comfortable facilities and a warm welcome from the Franks family and their attentive team.

Here’s what they said during their assessment

Oakdown Holiday Park retains the high scoring Five Star Holiday, Camping and Touring Park grading with a slightly increased score this year. A well deserved Gold Award has also been recommended for the next 12 months.. 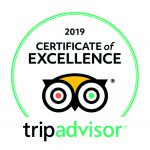 Another first for Oakdown. The ‘Jurassic Coast Quality Business- Gold Award’ The aim of the scheme is to raise the standards of business performance within the Jurassic Coast area to match the World Class quality of the designated World Heritage Sites.

South West Holiday Park of the Year 2012/13. Being the regional ‘Silver Award’ Winner, Oakdown went forward to represent the South West in the Enjoy England for Excellence Award.

Oakdown was one of just 15 holiday parks to receive the special award, presented for the first time in 2008. Oakdown has been a Gold Award winner since the start of this environmental award since it’s inception.

Congratulating them on their dedication to the environmental cause Mr Bellamy said the Franks had gained the award for the inclusion of habitat creation on Oak Mead golf course.

He wrote: “The award recognises that your environmental work is truly innovative and something of which you can be rightly proud.”

Oakdown has been awarded five star symbols (exceptional) for its quality standard by an independent West Country Tourist Board Inspector under the British Graded Holiday Parks scheme.

Parks are assessed on the overall quality of the site, including individual pitches/caravans, the arrival service, bathroom and laundry facilities and external signage and lighting. The quality standard includes minimum entry requirements such as an extensive kitchen inventory for caravans and a reliable, adequate supply of hot water at all reasonable times. Like other destinations, the services required increase the higher the star ratings, with a minimum ratio of bathroom facilities per pitch and electric hook-ups required at 4 and 5 star. High scoring Holiday Parks that have their own letting fleet may be awarded a Gold award.

Oakdown is delighted to be one of the ‘hand picked and personally inspected’ Parks listed in the Alan Rogers ‘Good Camps Guide’. This award highlights conservation and the environment at Oakdown. We are the holders of the highest category in the scheme – Gold Award.

Underlining the quality of welcome and the commitment all at Oakdown have towards making your stay as happy and professional as possible.

Oakdown is a full member of the British Holiday & Home Parks Association.

Oakdown is a member of the Best of British Group of premier UK independent parks.

Oakdown has been awarded ‘Selected’ status under the RAC Caravan Parks Awards Scheme.

As we say in our brochure – “All roads lead to Oakdown” Sidmouth’s multi award winning Touring and Holiday Home Park – we will be delighted to welcome you.

Read why we're setting the standard

Book Now Get in touch